Step it up to get home

If you live in Healdsburg you have passed by the house over the last month and puzzled in wonderment at the front stoop of the house. For those who have not had the pleasure of seeing it, it is a complete mess. The front porch is the last thing on the list for our builder Jim to finish. Roughly five weeks ago he built a form for the concrete base. The form was built of timbers and thick plywood, with heavy iron stakes driven two feet into the ground to hold it in place, but the ground was still saturated with water from all of the rain. After tons of concrete were poured into the form it looked just fine, proud and solid one moment, and the next moment the stakes gave way and the form burst outward on both sides. When the form was removed the next day we had just what we wanted, the crooked front steps leading to the crooked porch like some Dr. Seuss nightmare. Well not exactly what we wanted. Many discussions surrounded the topic of "what do we do now". We came to the conclusion that the best plan of attack would be to remove the steps and side walls using a jack hammer, and use the remaining concrete as a base for a new version of the porch built entirely of brick. Old used brick salvaged from the former foundation. The call to work rang out and the cleaning of brick began, one thousand, one hundred and forty brick to be precise, had to have the old mortar chiseled and scraped from all sides. Then brick by brick a new front stoop has appeared. Stylistically Jim built it to look as if it has always been there, rough and old. This took us by surprise at first, but we have warmed up to it and all who pass by seem to approve. Of course with addition of a new set of steps, no more climbing the ruins like a goat, and a stoop outside the front door, the natural progression is the reappearance of the columns and porch covering. It has been so long that we have forgotten what the house looks like with a front porch and a set of stairs. It will need a lot of work to make it pretty again, but it is there and we are looking less colonial and definitely more Victorian again. 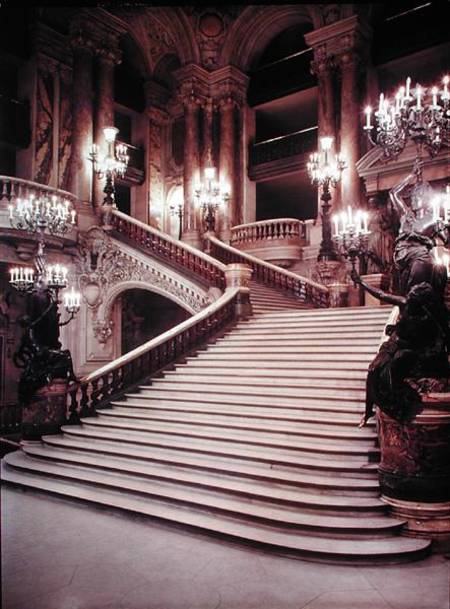 Although incredibly lovely, these are not ours 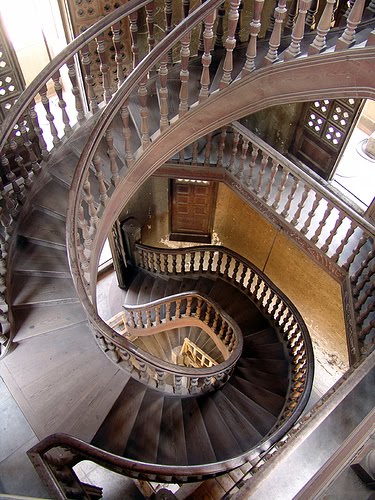 Could be these, but no, although this is an insight to my mental trains of thought 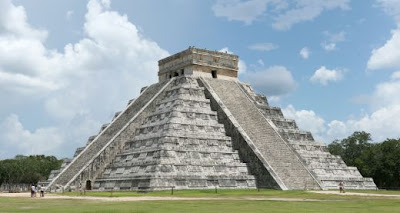 These are definitely closer to the truth 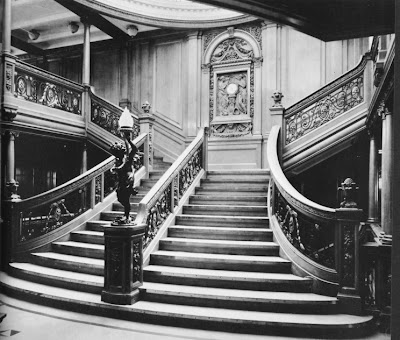 Not these, they give me a sinking feeling 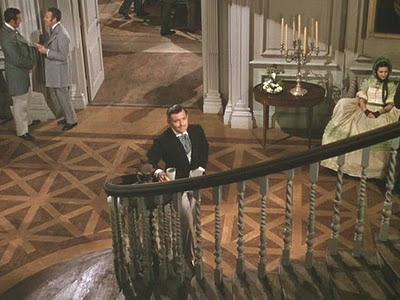 Closer yet, but the wrong man at the bottom 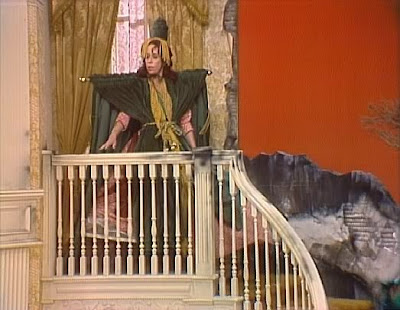 That's it! those must be our stairs! I am almost sure... 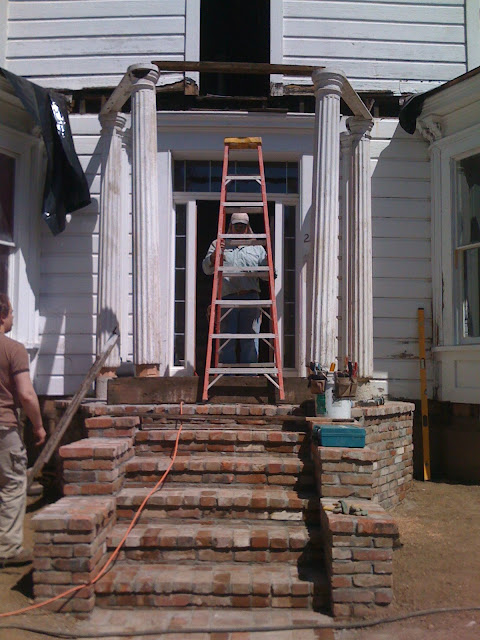 Ok, perhaps these are the ones 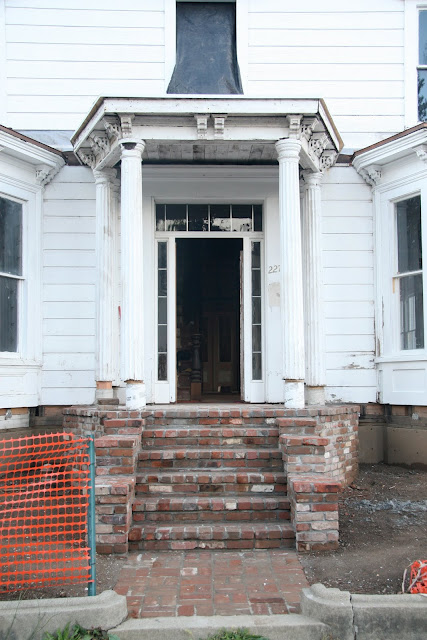 And the long forgotten porch has reappeared.