A new look and the Orange house

Yesterday I spent more time than possible creating a new look for the blog. I hope everyone likes the new look. The image that I am using as the blog title is a piece of art work by the late Rosinda Holmes that was drawn for the cover of a book entitled "Historic Homes of Healdsburg". Produced in the nineties for the Healdsburg Museum by Hannah Clay, this book has been out of print for years. If you would like to view the entire book, click on the title above to be taken to my photo album, which has the book in it's entirety. It's a fun little book with great old pictures and interesting information about the local houses. I really think it should be updated and once again published by the Healdsburg Museum. It is a great walking tour. We had seen the second edition of the book before and although our house is in the book, the cover artwork is drastically different, in fact it is a collage of three homes in town. By accident I found a copy of the first edition on line and was very surprised to find a rendering of our house on the cover. I am trying to track down the original drawing with hopes of hanging it in our home some day. I hope that Rosinda and her family do not mind that I am using the image for the blog, I really find the drawing compelling and want to honor the memory of Rosinda's art. 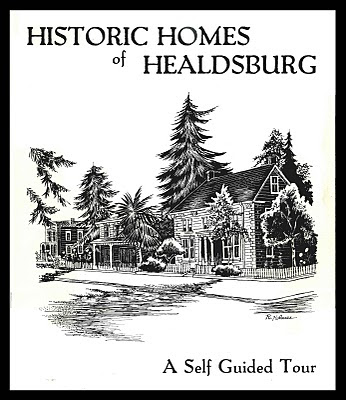 The cover of the first edition 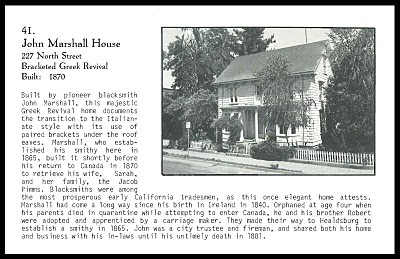 Top of Page 26
A Before and After for today...
While working on images for todays post I came across a crazy before and after. Although the after is not completely to date, the difference is astounding.
BEFORE... 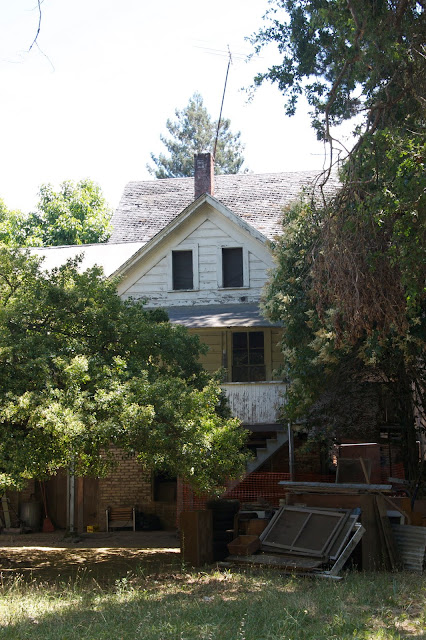 The before rear of our house standing in the back yard facing south
AFTER... 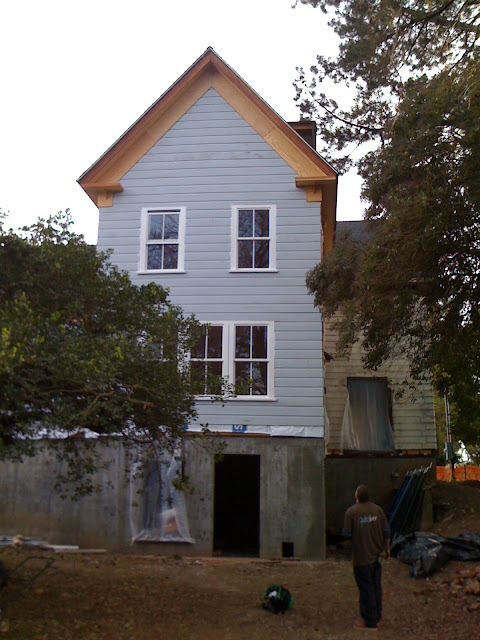 The after! Although far from finished it is amazing that it is the same house.

Like the old "can't see the forest for the trees" sometimes we don't see how far we have come in ten months. And daily we stride forward. Tomorrow we begin another nine day vacation. That means no day jobs to contend with, only wuhvwy west and wewaxation! with sweat pouring over the dirt that has caked onto us during a stretch of twelve hour, hard days, at work on the house. Garry will be back with us and we should have lots of photo's to share.

*** News Flash ***
Word from our local city hall has everyone abuzz... it's true, the owners of 227 North Street have called for inspection. Scott Ward, our local inspector will be doing a preliminary walk through on Monday July 12th, with the mechanical inspection scheduled for Friday July 16th. Good luck to the boys, and we all hope they pass with flying colors!
*

The Orange House
I want to talk about the orange house. I have had it with it, and I am fed up to "there" with it. Tuesday evenings, during the summer, the city of Healdsburg hosts music in the square. Basically some form of a "rock-a-billy" band clangin away for for an overly zealous town square, packed to the brim with folks drunk off their asses. Every Tuesday it's Déjà vu all over again. The neighborhood is full of cars, the town square is full of the same music, the same crowd sitting in the same places passing wine bottles around, the same group of middle to elder aged folks dancing, and the same group of the younger set, with headphones on, listening to anything else on their ipods... there is something very "Stepford Wives" about the whole thing. Then at eight thirty, heaven forbid anything go on into the later hours in this town, the music ends, the sidewalks roll up, and all those people in the square waver their way down the sidewalks in a drunken stupor to head for home. Last Tuesday night we were wrapping up our work evening a bit early to go have dinner with some friends as the groups of people from the square were making their usual Tuesday night trek to their cars or home. A group of three men passed us and turned beside the house up Fitch Street where they had parked. As we were leaving I saw, out of the corner of my eye, one of the three cross the road and head for our property. I knew immediately where he was headed... The Orange House! 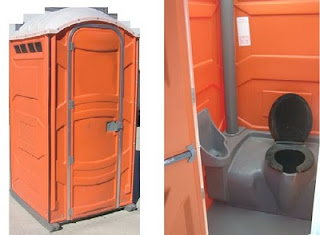 I circled around the property expecting to wait outside the orange house so that I could let him know that this was private property and that the orange house was not for public use... well that was the plan anyway, I rounded the back corner of the house to find him standing behind the orange house with his"hmm hmm" in his hand and just peeing away into the wind. At this point he had not seen me, I was completely dumbfounded and did not know what to say, then I got mad! I piped up with "excuse me, this is private property!" He just looked up at me in a wine induced haze and continued to water the weeds, so to speak, and apologized by way of saying "I guess I should have gone in the Orange porta pottie"...
You should have gone in the Orange porta pottie??? He should not have been there at all! Foaming at the mouth I chased his sorry self out of the yard while he was desperately trying to stop what he was doing and put his "hmm hmm" back where it belonged!
To say the least will have a toilet in the house by the end of the month come hell or high water, and say good bye to the Orange house!
Posted by Mark at 3:49 PM