A knock at the door and crazy religious folks

I suppose it had to happen eventually, rain, it has been raining for two days now. And a mad dash ensued to apply some plastic to various places around the house to keep the water out. We still have a few precarious spots that will not change until that glorious day when we begin to restore the exterior of the house. But, for the moment we seem to be fairly water tight, (that's what they said about the Titanic) and should make it through the winter just fine... I hope.


Fireside Chat
A few weeks back there was a knock on the door and this lady burst in like a whirlwind, spouting off about how she had these things, things she wanted to sell. Bits and bobs that she had purchased in the early nineteen seventies for her own 1875 home, but had never used. Windows, doors, sinks, a marble fireplace, and various ruins that lay around the property. I was, to say the least, intrigued. In the car we piled and wound our way west of Healdsburg into the countryside. What a great house she had out there, up on a hill, looking over the vineyards, and in desperate need of restoration. If we were rich, I would have bought it in a heartbeat, but alas we are house poor and could only look at the possibilities. On the other hand she did indeed have stuff, lots of stuff, mostly falling into the "shabby chic" category, not my style at all. We did however, negotiate and purchase a few items at rock bottom prices. An antique marble top sink with strange brass legs, and a marble fireplace mantle.


We have made the tough call to not use the original cast iron fireplace. (we will find another spot for it in the house, I promise) In its place we will install the marble. Now that is easy to say... but, anyone have any idea how you install a one hundred and fifty year old fireplace mantle? I have asked as many folks as I could, and searched a gazillion websites, and through advice of others we have built a steel and cement board frame, and we will literally tile the pieces of marble onto the frame with plaster of paris, wooden pegs, and copper wire. Wish us luck!

The sink I have yet to photograph. It will soon reside in a new space in the house, Surprise! the first of three guest bathrooms. In the last couple of months we have been working away on it and it now awaits finishes, crown molding, plaster, a sheet of glass for the shower, and the fixtures. But considering the state of the rest of the house, it is practically finished. 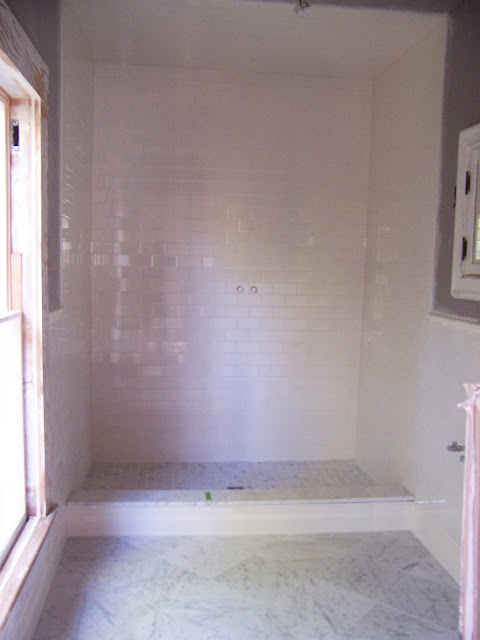 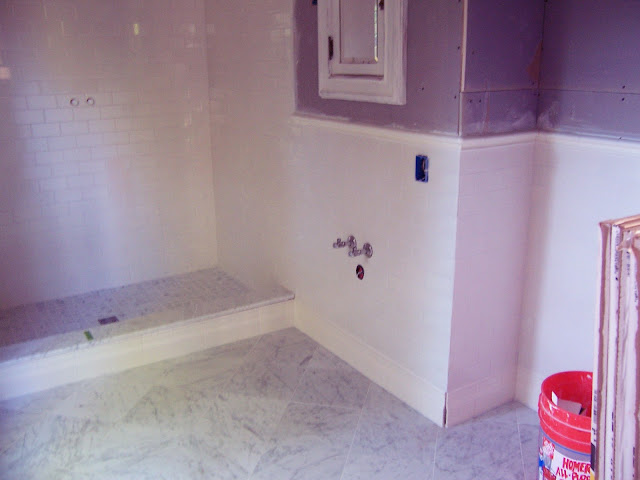 Not the best photographs, but I will get better shots when the doorway is not blocked by a massive stack of drywall. The floor is white marble and the walls are a bone color, crackle finish, subway tile. The antique sink will sit on the wall in the middle of the photograph below the vintage medicine cabinet. A lovely bathroom made all the more curious by the addition of treasures found out in the country.
But wait... there's more!

The final piece we bought when we purchased the sink and fireplace, was the seventh gas light fixture that will grace our ceilings. We were in a really dark, spider and rat haven, that at one time passed for a  garage. I put my hand down on a dark shelf and felt something cold and hard, yet textural and decorative, hmmm, what could it be? I wrapped my hand around it and picked it up into the light. To my surprise it was the arm to a renaissance revival/neo grec gas light fixture. The fixture had been found in a store room of the long closed Fountain Grove Winery, the mysterious winery that used to include the round barn that still sits proudly North of Santa Rosa. With a bit of research I discovered that Fountain Grove was a Utopian society, (a Theo-Socialist community) established by crazy religious fanatic Thomas Lake Harris in 1875. The manor house, pictured below, was built in 1875 and demolished in the... yes you guessed it, the seventies. The four arm gas fixture that I was holding pieces of came out of "Aestivossa" the name that Thomas Lake Harris gave to the manor house. 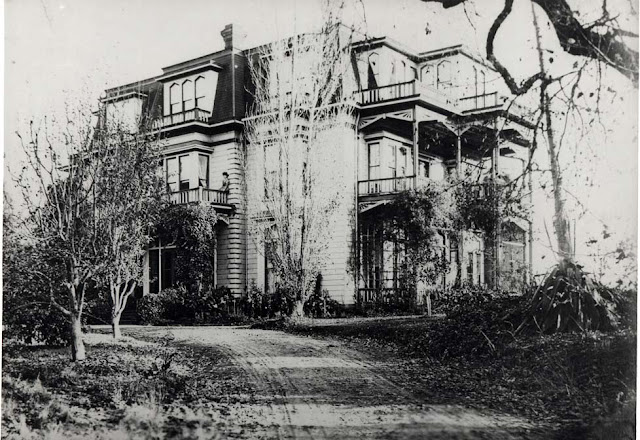 An update to this post...
In doing a little sleuthing, I found proof of the gas fixture hanging in the Thomas Lake Harris Manor house. If you look very closely at the image, and ignor the glass ruffled shades, you will see all of the details match. 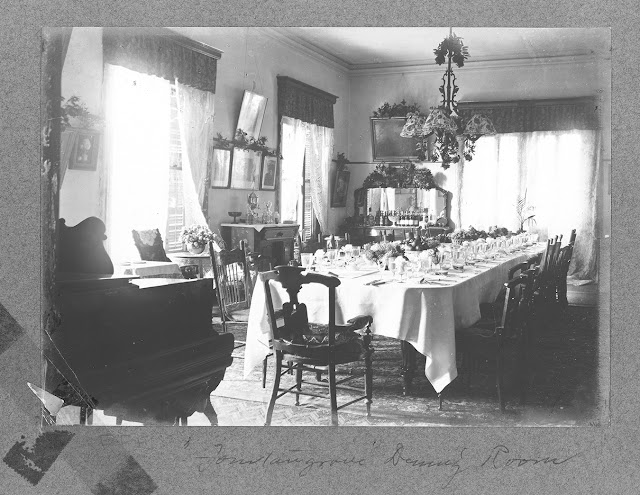 Below are photographs of what I found laying in that decrepit shack/wanna be garage. 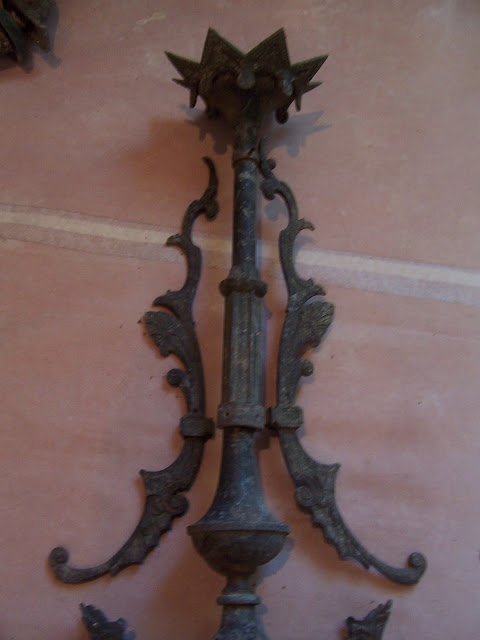 After a mad scramble and a hunt through spooky dark corners, we came up with ninety nine percent of the fixture, enough to have it restored to its former glory. We thought for a brief moment about just using the arms as wall sconces, but it is big and over the top and comes with such an interesting and disturbing (read about Thomas Lake Harris) background, that it must hang in the house as a whole.

When there is a knock at the door you never know where that knock will lead.
And I must say, I look forward to the next knock with great anticipation!
Perhaps it will be someone with a cake! mmmmmmmm Cake!
Posted by Mark at 12:19 PM