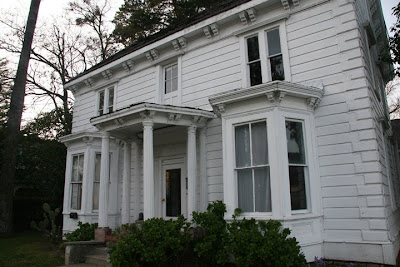 Chapter 2, the purchase
To those who say that purchasing a home these days is difficult, you should try a FSBO... otherwise known as For Sale By Owner... Crazy! The former owner of 227 North Street was anything but easy to deal with. I know that many people had tried, but I guess we were the only ones willing to stick it out, ride with the flow, and somehow manage to get to the end. Everyday brought a new hill to climb. Offers made and rejected, or tabled to see if a better one came in. Hundreds of potential buyers looked at the property, seeing the fantasy of the facade, "wouldn't it be wonderful to restore that old house", but as soon as they walked inside to view the toll that the passing years had left behind, the bubble always burst, and any remaining hope was dashed to the ground with a huge thud at the vision of the ancient brick foundation, with monstrous gaping holes in it. We managed to look beyond the downfalls, as others did, only to be beaten down by the former owner. Heels were dug in on both sides as to purchase price, and we were left facing that horrible moment of decision...."how bad do you want this?" so we caved, but that was only the beginning. Over and over terms were agreed to and then thrown out the next day as unacceptable. Contractors came and looked at the house, and then at us with huge drooling teeth, like we were fat little piggy banks to be devoured. We made attempt after attempt to get some kind, or any kind of a contract in place, it was as if we were begging to make the purchase and at the same time being treated like bad children trying to play adult. The former owner had lost 2 previous sales that were for quite a bit more money than we had settled on, and somehow we were to blame for his huge financial losses.

To The Rescue!
There were two White Knights in the process that were instrumental in making the purchase of 227 North Street actually happen. In fact without them it would not have happened.
The first is Jim Glazier, our builder. 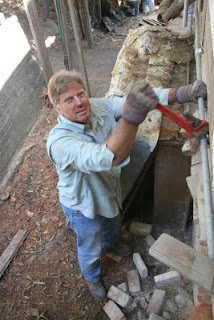 Jim is an amazing man. A great builder/Contractor, who is hands on and very up front about what can be done and what it will cost in a reasonable world. Many of the companies we talked with seem to be looking to make up for lost business by inflating their pricing, and we did not come to Healdsburg with great bags of money, in fact we will just squeak by. We were walking away, and in rides mister Glazier on his white horse with numbers that we understood and expected. We have done this kind of work before and we know the process and what it should cost. Jim is licensed in the State of California but actually lives in Incline Village, Nevada, he spends his days as a builder and his nights as in immediate care nurse, unusual combination though it may be, it explains his easy going and soft demeanor.
Looking for a Builder/Contractor? Call Jim at 775-770-4400

The second white knight to the rescue was Real Estate agent Sharon Vallejo. At the eleventh hour when the entire purchase was falling apart, the former owner hired Sharon to handle the details. Suffice it to say that there are a great number of stories to be told that I dare not put in writing, so if you want to hear them you will have to get me liquored up! Sharon managed to grab the rope on the left and the rope on the right and somehow tie the knot.
If you need an agent and are looking for a recommendation?
Call Sharon! 707-953-4788
After withdrawing our offer on 25 West Grant Street, on June 15th we became the owners of record for 227 North Street, in Healdsburg, California.
Posted by Mark at 11:51 AM